I recently had the ‘pleasure’ of an unresponsive vm that had basically turned into a ZOMBIE !

It could not be restarted, edited, snapshot’d and was of course, unresponsive from an OS perspective (No RDP, ping or comms just totally off the air) 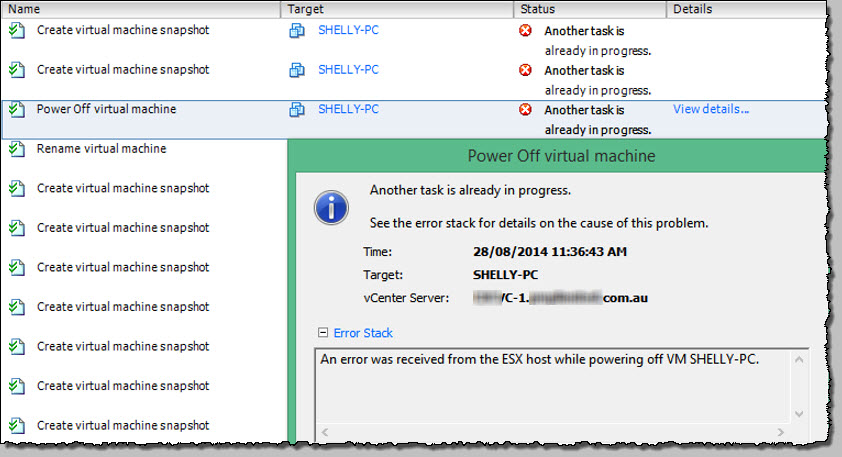 I wanted to see if anything looked unusual so logged onto the esxi host this guest was running on and tail’d the vmware.log from within the volume/folder the guest files live in.

Nothing that would explain what task was allegedly still running, and nothing really sinister to point to the root cause.

Not cool, but it was clear we were going to have to get brutal and force kill it. In this case, we were fortunate that this guest was not particularly important.

the ‘A’ operand in grep specifies the # of lines to include after the return of the search string. You can also use ‘B’ to return lines before the result, but that’s not necessary here.

So now we know the World-Id for our zombie guest is 36218516 so we’ll first attempt a soft kill using;

This fails so let’s use the bigger hammer, the hard parameter.

This fails too, so it’s time to break out the big guns, the force switch.

This works and the guest is now showing as shutdown.

Power it back on to verify; 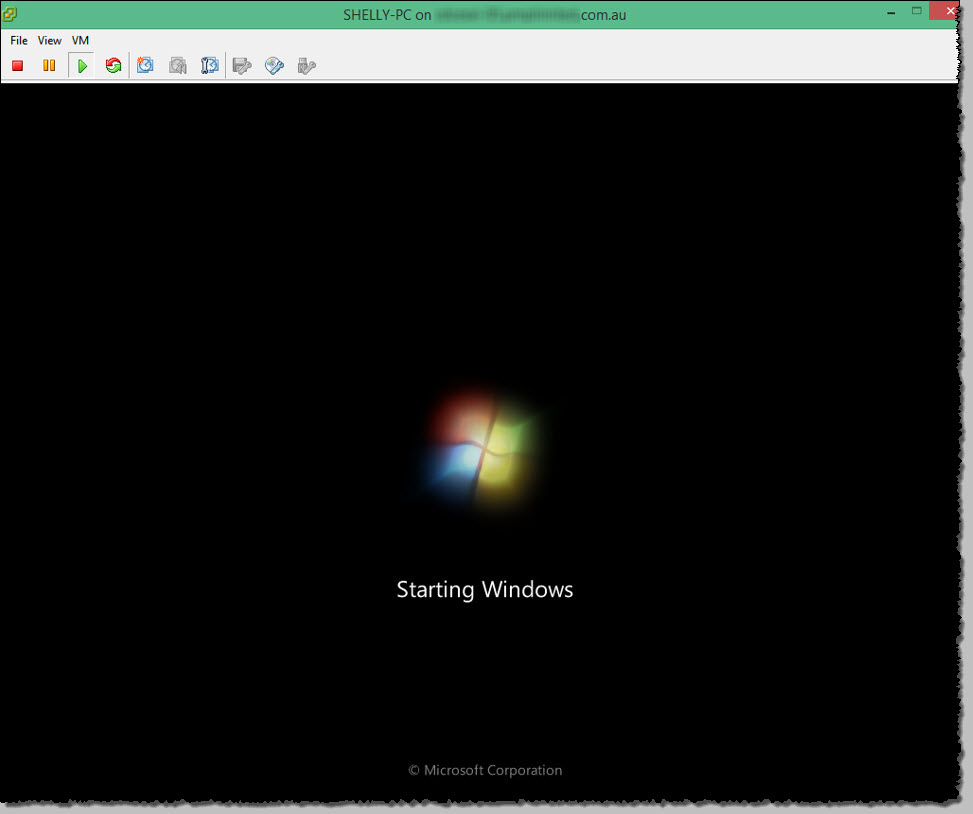 Looks a bit happier ! but at this point, consider running FS level check tools (chckdsk or fschk etc). Any databases etc should  also be verified for consistency also.

Unfortunately for this vm, it’s time was up and it was deleted anyway 🙁

While this will not show you the root cause, it allows you to get your vm back online quickly and the RCA investigation can begin in earnest.